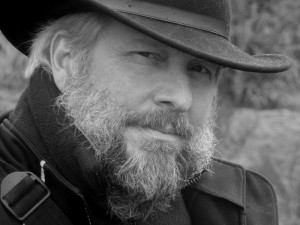 Having played and studied Classical Guitar from an early age the instrument has always been a part of my life.  After attending the University of Calgary Music Department in Calgary, Alberta, Canada I turned my attention to concertizing, teaching and other guitar related pursuits.

My interest in lutherie began in the 1980’s with a chance meeting which developed into a lasting friendship with a local steel string guitar maker. After serving a short apprenticeship with him I set off to follow my own path in the Classical guitar world including the study of romantic period guitars, their construction and the music composed for them.

Since 1985 I have been building continuously and marketing my instruments through word of mouth and my company Roseberry Guitars.

Although largely self taught, in the mid 1980’s I attended building classes with Jose Romanillos in Cordoba, Spain and worked with noted American luthier Richard Schneider until his untimely death in 1997. He being a fervent proponent of the ultramodern concert guitar never fully understood my fascination with those “Ancient relics” but never-the-less was a dear friend and mentor.

Over the years I have visited many European Instrument collections in Spain, Germany, England, Italy and Scotland researching and documenting interesting instruments. Most recently (May 2007), I spent time in the Edinburgh University Collection researching a number of period instruments, most notably a six string ca. 1825 and Decacorde ca. 1827 both by Rene Lacote.

My instruments have been played in concert and recording by Alexander Dunn, Douglas Hensley, Luis Diaz Santana, Joseph Mayes, Rob MacKillop and many others. My guitars have been featured in a number of articles and magazines including American Lutherie.

Restoration of period instruments has been an interest of mine as well. A significant number of original Panormos, Lacotes and other 19th century instruments have made the journey to my shop, been restored and returned in top playing condition to their happy owners.

Having recently completed construction of a new large workshop, I am turning my attention to building Early Romantic guitars exclusively. I am always happy to discuss guitars and to take on interesting projects. All are welcome to visit my shop and there is always an extra chair in which to sit, relax and breathe in the sweet comforting scents of guitars being built.